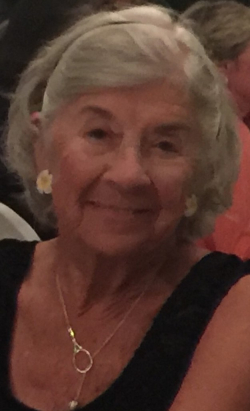 Upon the occasion of the recent retirement at 90 years of age of translator Sharlee Merner Bradley, after a long and fruitful career, we reproduce here an interview, the English original of which was published in Translorial, the journal of the Northern California Translators Association (NCTA). We present this abridged translation with the kind permission of Sharlee and of Translorial.

Question: Where were you born and where did you grow up?

Answer: I was born in Toronto,  but I was 10 when my family moved to the San Francisco Bay Area in California, the first of a number of crossings of North America by train.

Question: How did you learn foreign languages?

A: My parents encouraged their children to learn French because it was the universal language, which seems old-fashioned today. French was taught beginning in the second year of junior high school in California. Latin was taught starting the first year of high school. So I had five years of French and four years of Latin before university.

During the Second World War, when the United Nations Charter was signed in San Francisco, my mother told me how great it would be to become an interpreter for the United Nations. But that was never my goal. Rather, I had fun translating any literary or other works I studied at school. In college, I took another year of Latin and continued on with French. I studied French each year until I received my doctorate at age 34. During my studies, I had to learn German and another Romance language: I chose Italian. My first paid translation job, offered by my professor, was to translate into Italian (!) an insurance survey. To reward myself, I went out and bought a gold bracelet as soon as I was paid.

I taught French in high school for for a few years, then snagged a Fulbright scholarship to study in France at the Sorbonne. That year plus two-years residing in Lausanne have been my only experience in a francophone country. But, one day in Lausanne, I received a phone call from the United Nations in Geneva, saying they had my name from the New York United Nations office (my thesis director had sent me to the UN in New York, where I passed the French exam). This was during the negotiations by the Kennedy administration on trade for the General Agreement on Tariffs and Trade, GATT, and Geneva needed more translators. The “fascinating” subject I was assigned was the standardization of pallets for storing and shipping merchandise.

Spanish became my dominant spoken foreign language. I never studied it formally, but when we moved to the Canary Islands, I did exercises in a Spanish grammar book by myself. I was arrogant enough to believe that I was an expert in Romance languages because I had taught French for five years at the secondary level and two years at university. Since I was mother of an infant, I spent hours memorizing irregular verbs and repeating conversations I had heard while out of the house. 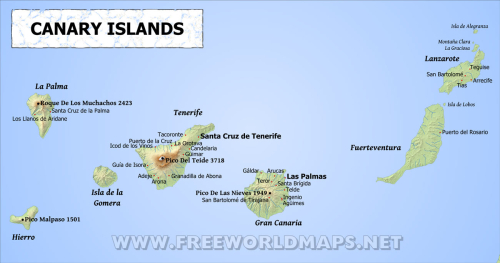 How we ended up in the Canary Islands is a long story. In short, my husband, who subsequently died while we were living there, wanted to retire early. Since we weren’t wealthy, we went to the local library to research a place in the world with a mild climate, a language easy to learn and low cost of living. Believe it or not, we found a book entitled You Can Live Cheaply in the Canaries by Peggy True. The book convinced us and we left with our baby daughter, automobile, all our books and furniture without even making a trial visit, to spend the rest of our lives there; at least, that was the plan.

The thirteen years I spent in Spain seemed to have affected the French I had studied for 21 years and even my English; but upon my return to the United States, I began to receive requests to translate from French. Now, many years have passed and I translate equally well from Spanish or French.

Q: What did you do at university?

I received a scholarship to Vassar College. I took night classes at the University of California, Berkeley, towards a master’s while teaching at high school during the day; I was also librarian there. I was admitted to several honor societies, including Pi Delta Phi, promoting French language and culture. 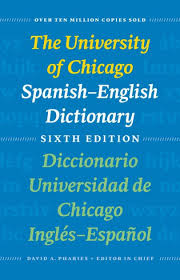 Pennsylvania. Since my thesis advisor was preparing a dictionary at the time (University of Chicago Spanish-English Dictionary, highly regarded at the time), I wrote my thesis on lexicographical problems in monolingual French dictionaries, analyzing Littré, Larousse and Dauzat in detail.

University policy was that all courses in the first cycle ( graduate courses, not first cycle]) had to be taught in English. When a visiting French professor whose accent rendered the content of a linguistics course incomprehensible, we petitioned the department to allow him to speak French, but we were refused!

Q: Have you traveled abroad?

A: Yes, mostly in Europe. But also in Russia (a cruise from Saint Petersburg to Lake Ladoga, the Svir River and Lake Onega[)]; in China (a five-week trip) and in the South Pacific (two months on Rarotonga, the largest of the Cook Islands). I once cruised the Amazon River and have often visited Mexico to play tennis.

One year, I learned a few words of Turkish when visiting Istanbul, Cappadocia and sailing and hiking along the south coast of Turkey. During another trip, I did a literary tour in south and southeast England and I stayed with a friend near Toulon, in France.

Q: How did you start translating? How long have you been a translator?

A: I received my first job through my Italian professor. Later, when I was professor at the University of La Laguna in Tenerife, I did

many translations for the Department of Physical Chemistry, not because I wanted work, but simply because I was there and I spoke English. The professors knew sufficient English in their field to understand technical articles, but when they attended symposiums and conferences, they couldn’t converse in English. I gave them English conversation classes during our lunch hour. Subsequently, they gave me monographs and articles to translate into English for presentations and for publication in foreign journals.

Q: Are you also an interpreter? For whom do you interpret?

A: Upon returning to the United States, since I spoke Spanish fluently, I offered to become a guide at the Philadelphia tourist information office. After learning the history of the city, I served as a guide for many Spanish tourists; I showed them the most traditional American historic monuments.

One day, the tourist office called me to say they needed an interpreter for Federal court since the regular interpreter was not available. Was I available? Even though I had never interpreted, I bravely responded that I would go and I did a good job, even though I could have done better.

Later, after studying interpretation at the well known University of Arizona program, I was able to interpret almost anything asked of me and remain neutral. For several years I interpreted for the Marin County Health Clinic for Hispanic immigrants, legal and illegal. Many were in a difficult situation, but some tried to take advantage of a system that would help them, even when they were able to speak for themselves. Thanks to my training, I could interpret impartially.

I also interpreted for the Parole Revocation Hearing Board at San Quentin prison, for the San Francisco Department of Motor Vehicles, the Department of Education in Fresno, the Labor Relations Board in Sacramento, for doctors, attorneys, insurance companies and more.

Subsequently, after ceasing interpretation for two years to care for my second husband when he was terminally ill, I stopped interpreting and for twenty years have done translation, exclusively.

Q: What problems (and possible solutions) did you run into during your career as a translator?

A: Internet access has solved many research problems. I no longer feel so isolated from a great university library as I have been. Now I am donating my dictionaries, a few CDs, reference books, etc.

I work with two monitors. I can consult my terminologies on one while translating on the other. I put the source language on one and the target language on the other except when using translation software. My preferred is Wordfast.

Managing my terminologies was always a priority. After each job, I entered the new terms; then the next time I needed one, I opened the glossary on the other screen while I translated.

I have done a number of projects using machine translation. The best were for the Pan American Health Organization. They created their own program with many shortcuts to make common corrections, such as substituting two nouns for a prepositional phrase.

Q: Has the COVID-19 pandemic interfered with your professional activity?

A: No, because last December at age 90 I decided that it was time to close up shop. But since I cannot completely cease translation, I still volunteer with Translators Without Borders. I also play tennis four times a week.