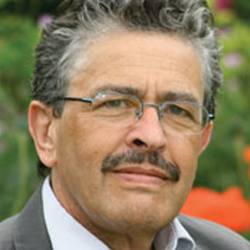 Yanky Fachler kindly acceded to our request and  travelled to Cambridge to interview Professor Nicholas de Lange, the English translator of over a dozen books by Israeli author, Amos Oz, including Judas, which was short-listed for the 2017 Man Booker International Prize. An ordained Reform rabbi, Professor de Lange is Emeritus Fellow and Professor of Hebrew and Jewish Studies at Cambridge University's Faculty of Divinity and Faculty of Asian and Middle Eastern Studies. He has held visiting positions at the Oxford Centre for Hebrew and Jewish Studies, the Jewish Theological Seminary of Hungary in Budapest, the École Pratique des Hautes Etudes in Paris, the Freie Universität Berlin, the University of Toronto and Princeton University. He is a prolific translator of contemporary Hebrew fiction, and has served as Chairman of the Translators Association. In the following extracts, Professor de Lange shares some insights on the art of literary translation. 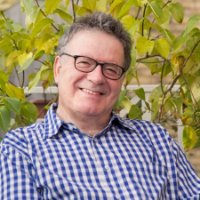 Yanky Fachler is a translator, broadcaster and writer of  several books in the field of Jewish history. He was born in the United Kingdom, spent almost thirty years in Israel and currently lives in Ireland, where he is founder and chairman of the Jewish Historical Society of Ireland.

Y.F. :  How would you define a translator?

A translator is a reader who is also a writer. I read the text, and then I write it. My aim is to write a book that is word for word like the original – without being a word for word translation. Since I also write many books of my own, I see no difference between a translator and an author. As an author, you convert material from your mind on to the page. As a translator, you convert someone else’s work to the page. I am uncomfortable being asked which specific words of phrases in Hebrew I find difficult to translate. I don’t like being asked whether I find Hebrew a difficult language to translate. The actual words are almost irrelevant. I translate paragraphs.

Y.F. :  Do you read a book before you start to translate it?

I don’t like to read the book in advance. Partly because translation is so badly paid that it takes up too much time; and partly because I like to discover the book as I go along. This approach, though, can lead you astray. In Oz’s My Michael, there is a couple living in Jerusalem who drink endless cups of tea. One day, the man is ill and he asks his wife to bring him tea with milk. With my British background, I found this strange. How had he consumed all the previous cups of tea? Then I learned that in Israel, tea with milk is only given to sick people. I had to go back and rewrite all the tea scenes, replacing cups of tea with glasses of tea. Going back to the question of reading a book before translating it, some of the other translators at the Man Booker event agreed with my habit of not reading the book first. But one translator was adamant: “I must read the book first, because I might not accept it.” The only time I have turned down a translation job is when I was too busy.

N.d.L. :  Translation isn't impartial. Like Olivier rightly says, you must be on the side of the character. You must love the characters you translate. Many of the characters that populate Amos Oz's books are unpleasant, but I don't let my dislike of them stop me from portraying them as they should be portrayed. Anyway, unsavoury characters make interesting characters. You need enormous sympathy for the characters you are translating. For example, some of the books I translate have no narrator – they are entirely epistolary. Everything is in direct speech. Just as a theatre audience needs to know the distinct voice of each actor on stage, so the translator must make the reader aware of which character is speaking at any particular time in an epistolary piece. While on the subject of dialogue on stage and dialogue in translation, I once translated a piece for BBC Radio 3 that was only intended to be read aloud, not to appear on the printed page. The actress called me and said she had a problem with a couple of phrases. "Could you please go back and check the Hebrew to see whether that is what the author really meant?" My heart sank. This was going to be a disaster. Yet when I went back to the original, she was absolutely correct. Without knowing any Hebrew, the actress had stumbled upon a couple of places where my translation did not do justice to the original.

Y.F. : You are quoted as saying that a faithful literary translation demands transcending the words to convey the whole cultural context. Could you elaborate?

N.d.L. :  As a translator, you have to translate the context of the book you are translating. You are asking people to read about a culture they don't and can't know. You have to make the context clear in a subtle way. For example, when there is a reference to Chaim Nachman Bialik, Israel's national poet, you don'; have the luxury of using footnotes. You need to find a more subtle way of letting the reader know who Bialik is. It's the same with biblical and Talmudical references. I don't feel the need to explain what the Bible is or what the Talmud is. I leave it to my readers to pick up allusions and to look stuff up for themselves.

Y.F. : What is your latest Hebrew literature translation project?

N.d.L. :  I don't go out of my way to look for Hebrew books to translate, but I am currently engaged in translating perhaps the most challenging Hebrew novel, Days of Ziklag by S Yizhar. This hugely influential modernist work was first published in 1958, and is one of the two most difficult Hebrew books to translate. The other is Yakov Shabtai's Zikhron Devarim (Past Continuous). I was drawn to the Days of Ziklag project because it is the ultimate challenge for a translator – a bit like translating James Joyce. Although Yizhar was writing before the emergence of Holocaust literature as a genre, his War of Independence themes resonated with Holocaust themes such as ethnic cleansing.

Y.F. : Do you ever collaborate with other translators?

N.d.L. :  Right now, I am collaborating on S Yizhar's Days of Ziklag with a former student of mine, Yaacob Dweck. But what with me living in England, and Yaacob living in the USA, we have calculated that it will take us many years to complete the project [1] . I am not unaware of some of the perils of working with a collaborator. The translator Ros Schwartz once told me of her experience in co-translating a book with another translator. She soon discovered that they each had their own style, and this made it very difficult to find a consistent voice. Even little things like the propensity of one translator to use "start" where the other translator used "begin" caused difficulties. As a rule, I often feel uncomfortable reading other translators. If a book is translated from a language I don't know, I find myself asking what the original was like. I suppose I only enjoy translations that are extraordinarily well done.

Y.F. : In Judas, Shmuel gives Yardena a gift for her secular birthday and another for her Hebrew birthday. Having two birthdays is like having two identities. As a translator, does English represent your secular identity, and Hebrew your sacred identity?

N.d.L. :  That is a very subtle question. Yes, English is my secular identity. I certainly regard Hebrew as a sacred tongue, and I prefer to use it only for sacred purposes. I have translated more medieval Hebrew poetry into English than modern Hebrew literature. I don't speak modern Hebrew. I can't read a Hebrew newspaper. [2]  I can listen to the news, but I get lost when they talk about politics. I am unfamiliar with many modern colloquialisms. I do not even regard myself as an expert in Hebrew literature. At the get-together of the Man Booker Prize short-listed authors and their translators, the authors were asked to read from their work in the original language. Amos Oz wasn't there, and they asked me to read. I refused, because my spoken modern Hebrew is not good enough.

Y.F. : Jews have traditionally been multi-lingual. They spoke the language of the host country, they prayed in Hebrew, and conversed in Yiddish, Ladino, Aramaic or Arabic. Does the Jewish cultural DNA give Jews an edge when it comes to translating?

N.d.L. :  It is true that through the ages, Jews used their linguistic versatility to become great translators. But the golden age was during the medieval period. In the world of modern literature, Jews no longer have an edge. Most of today's best translators are not Jewish. A lot of translations of modern Hebrew literature used to be clumsy, with translators often not even translating into their mother tongue. But things are much better nowadays, because the authors themselves have learned to be more choosey about who will translate them.

Y.F. : You seem to be drawn to works associated with Israel's War of Independence. Do you think that the war could have been avoided?

N.d.L. :  The main theme of Judas is the conflict between David Ben-Gurion, Israel's first prime minister – a true-life character, and the fictional character of

Shaltiel Abravanel. Ben Gurion believed that the Arabs would never accept a Jewish state in Palestine, so the only alternative was to fight them. Abravanel insisted that war was avoidable, and for his views he was expelled from the ruling elite. He did not think that Israel should be a Jewish state, rather a country in which all could live in equality as brothers. Whatever my views on Abravanel's views may be, I do not let this influence my translation.

Y.F. : In Israel today, some people brand Oz a traitor for his controversial political views. How have his views impinged on your long-term collaborator as Oz's translator?

1. The interviewer, Yankjy Fachler, explained to us that de Lange apparently believed that despite modern technology, such as Skype, he and his assistant would have needed to sit together to pore over many fine points in order to perfect the translation.
2. We asked the interviewer how it was possible that Professor de Lange could not read a Hebrew newspaper and yet had translated all the books of Amos Oz, which are written so beautifully and at such a high register. Mr. Faschler explained that Professor de Lange was a specialist in medieval Hebrew and has translated much medieval Jewish poetry and liturgy. However, he had first met Amos Oz at Cambridge when they were both young, and apparently through that friendship he had developed an impressive command of modern Hebrew, despite his claim that he could not read a newspaper.
Cet entretien est accessible en français ici. ​Traduction Jean Leclercq.