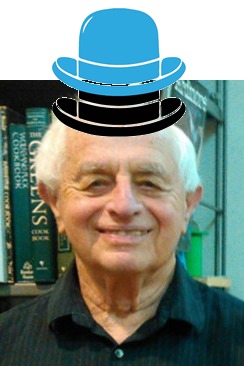 For several years distinguished linguists were interviewed every month for our French sister blog, Le Mot juste en anglais.  Readers therefore understandingly will ask : How have I, Jonathan, managed to insinuate myself into this exclusive club, which is usually reserved only for the illustrious? The answer was that at a point in time we were short of a high-level interviewer and interviewee. Desperate times call for desperate measures [1],  so I decided, with an excess of immodesty, to fill the gap. "Fools rush in where angels fear to tread." [2]

But because my chutzpah [3] has its limits, I stopped short of asking anyone to interview me. So here I am, wearing two hats, those of both the interviewer and interviewee. On n'est jamais mieux servi que par soi-même !

In preparing this "interview" for Le Mot juste, the first decision I needed to take was whether to draft it in English or in French. That was what is called a "no brainer" [4] in the USA. I have too much respect for la belle langue to maul it and I feared that the hachis parmentier that I wanted to cook would come out of the oven smelling like Shepherd’s Pie. 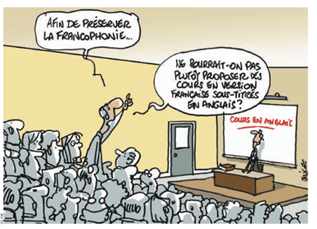 The next decision was whether to ask one of our band of faithful French translators to render this text into the language of Molière [5]. I decided that just this one time our French readers would not be molly-coddled [6], but would have to bite the bullet (forgive the mixed metaphor) and read the interview in what the French like to refer to as  « la langue de Shakespeare ». 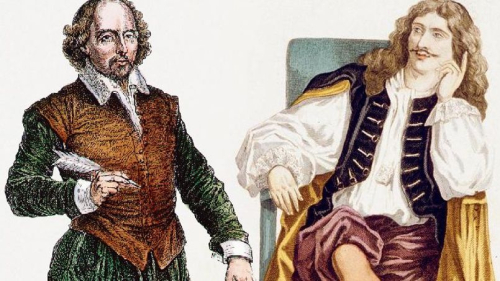 Question: Describe the experience of managing a blog to which so many gifted wordsmiths contribute their time and talents. 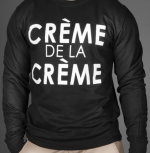 Answer: My motives for running the blog are both altruistic and egoistic: on the one hand, the desire that I often have to share with others the material I read; on the other hand, the fact that the blog is very good for my ego. Like many professional translators, I normally perform my work in the shadows. The blog, on the other hand, gives me a platform and a pretext to communicate with some of the crème de la crème of English and French linguists. Whenever I am able to introduce a gifted translator or contributor on the pages of Le Mot juste, I enjoy the opportunity, however fleeting, to stand shoulder to shoulder with one of the best linguists around.

Question: You are not a literary translator with a slew of books to your name, so how could you expect to come out of the darkness into the world of fame and fortune and to reach an audience beyond the readers of the blog? Travailler non seulement pour des prunes mais pour la gloire.[7] [8] 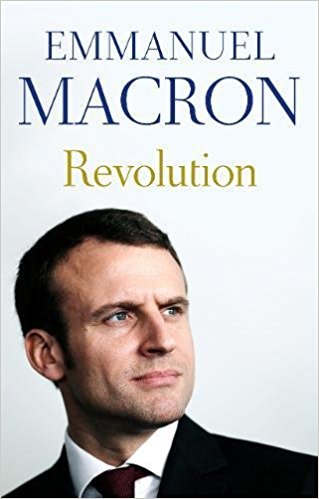 Question: Was the co-translation a synergistic effort? Was it a successful collaborative work?

Answer: In my Translator's Note, I stressed the point that it was indeed a collaborative endeavour, with synergistic benefits, and I went out of my way in that Note to highlight my co-translator's skills. But you will probably get a very different answer if you ask her. Most likely the same view as that expressed by my first wife, following our divorce.

Question: What did your first wife say?

Question: How were you able to gauge the public's appreciation of your translation of Révolution ? Even Anglo-Saxons [9] who read French with ease don't usually compare and contrast the source text of a book with the translation in order to grade the level of the translator's skill.

Answer: Paradoxically, the warmest expression of appreciation I received for this project came from two people who have probably not read the translation: M. E. MACRON and his Chef de Cabinet, M. François-Xavier LAUCH (see the images below). 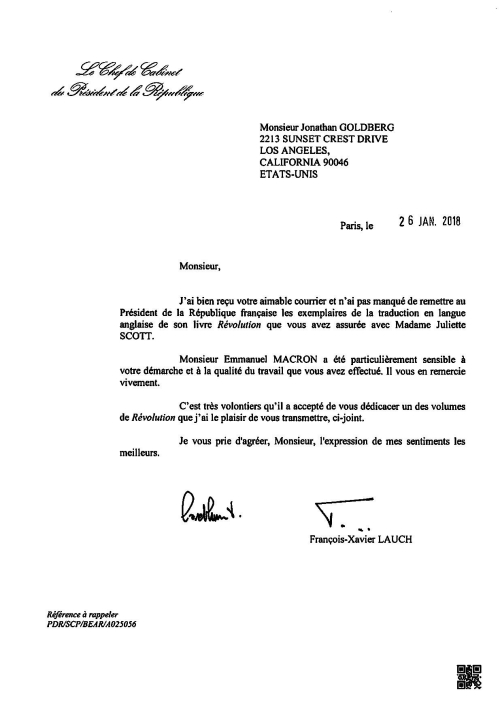 Question: Mr. Macron's handwritten dedication in your book is rather difficult to decipher.

Answer: Indeed. The language of the dedication, like that of the book, is somewhat cryptic, and to judge by the handwriting, you would think that M. Macron had trained as a doctor, not an economist. I leave it to our readers to decipher the President's handwriting. I'm sure they will enjoy the challenge.

Question: Will you now take on the translation of works by other famous French politicians, scholars or writers?

Jonathan working in the shadows

Answer: Never again! Working on a single project for 10 hours and more a day, seven days a week, at the expense of my other interests, is not my cup of tea. But for regular work projects, being only 80 years old (twice the age of the President of the Republic [10]), I do not intend to slow down. I will continue to ply my trade in the shadows as an anonymous and unknown translator and interpreter (French>English and Hebrew>English), and to devote part of the hours of each day outside of my regular work  to  research for the blog across a range of linguistic and cultural subjects. (My other blog activity involves roping in contributors, which is sometimes as difficult as herding cats. But once they submit their contributions, they usually prove themselves to be linguistic tigers.)

I have also revived an English-language blog that I had created some time ago and that had been dormant: The Lives of Linguists : Interviews with Writers, Translators and other Wordsmiths. It is accessible at WordsmithsBlog.com. And I am in the process of creating a French-language blog named Clio, un blog pour les amateurs de l'histoire. [11] Articles dealing with historical subjects that have been written for Le Mot juste over the course of the years will be imported into the new blog. Stay tuned!

As a staunch Francophile, I will have the continuous pleasure of seeing material posted in the mellifluous French language. [12] Together with the contributos and readers, I will continue the search for le mot juste en anglais - as well as in French.

[1] To reassure our readers that in the coming months there will be a dramatic improvement in the standard of the interviewees - a rise from this abyss - I will mention that two linguists of world renown, David Bellos and David Crystal, have agreed to be interviewed for the blog.

[5] According to one theory, all or many of Molière's works were in fact written by Corneille, the historic French dramatist. See: https://www.youtube.com/watch?v=aaaqqLkz5t4

[10] When Macron is 80 years old, I will be 120 years. Between now and that time, I expect to receive a card from him containing the Biblical greeting: שתחיה עד מאה עשרים - "May you live to be 120 years."

Other articles by the author on his experience as a translator and interpreter:

The colonial influences on participants in a Los Angeles courtroom— from the perspective of a French-English interpreter.