An Interview With Jean Moorcroft Wilson – biographer of Siegfried Sassoon

An Interview With Jean Moorcroft Wilson

Siegfried Sassoon (1886 – 1967) was born in England to a Jewish father and a Catholic mother. He was a satirical poet who also wrote prose but who gained prominence for his poems of World War 1-- a war in which he performed acts of great bravery but which he managed to survive. He converted to Catholicism, which became a central part of his life. 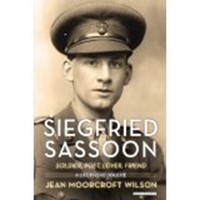 Jean Moorcraft Wilson lectures in English Literature at Birkbeck College, University of London. She is married to the nephew of the distinguished British writer, Virginia Woolf (1882-1941), and runs a publishing house with her husband. Dr. Wilson is widely recognized as the foremost scholar on the great English war poet, Siegfried Sassoon. Years in the making, Siegfried Sassoon: Soldier, Poet, Lover, Friend (published in May 2014) encompasses the poet's complete life and works. 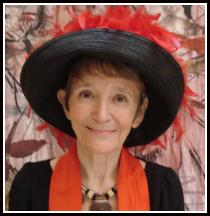 In this book, Wilson reconstructs Sassoon's experience going into the war as a patriotic youth and coming out as a pacifist. Upon his return home from the front, he expressed his pacifistic convictions in his poetry and gave a voice to the millions of his fellow veterans who had been permanently scarred- physically and emotionally- by the catastrophic conflict.

Jean Moorcraft Wilson kindly agreed to be interviewed by LMJ's correspondent, Hannah Hunter, in advance of the centenary of the outbreak of World War I, with which Sassoon's life and poems are intricately linked.

H Hunter: How was Sassoon's poetry received, and how was it affected by his growing celebrity?

To begin with it was met with almost complete indifference, only Edmund Gosse bothering to read it, and his mother: bless her cotton socks! And then [of course removed here] later on, as the war progressed and as what he was saying made more of an appeal to people and made more sense to them, then his reception was based not so much on him personally but on what the poetry was saying. But then once they saw him, and saw how handsome he was, and how Byronic he was, they took more notice; Philpot, the painter said: "you are rather Byronic, aren't you?" [1] So I think that then he was regarded as a very Romantic figure, and that helped to promote his poetry.

Celebrity affected his life deeply, although it was his poetry that first got him noticed; but then of course he was a lovely man to have around because he was handsome, because he was a very attractive personality, and because he was socially OK, he could be presented as a kind of figure head. When the pacifists wanted to fight their cause they had Sassoon up there fighting for them, didn't they. You know, because he was a soldier, because he was young and good-looking, he got a good reception.

I have a talk that I give on Sassoon and on the other war poets, and I say that he's the icon really because he's got all the qualities; the only quality he doesn't have is that he didn't die young. He's of the upper/middle classes, his men adore him, he's brave, he gets the MC: all these things he does, he's a fantastic figure! And yet inside I think he's really very young and very naive.

H Hunter: When do you think that Sassoon was writing his best poetry?

Well I think there were two periods when he was most affected, and produced the best poetry, and the war was one of them. Edward Marsh [2] was absolutely right, he needed a proper subject for his poetry - he needed to focus on a particular subject - I mean you can't write forever about getting up at dawn, can you? So there is this sense that when he got to the war he had a cause. Then in the twenties when he left the army, and there was nothing to fight for, you feel him losing this cause; of course, it comes back in the 1930s when he starts writing his prose because again he has a subject, more or less the same one, the war. The other period, I think, is the period when he's thinking about whether he should go into the church or not, the Catholic Church.

I think when he tries in the 1920s to write his political satires, and the social satires, that actually it's not his best poetry. His best poetry in this period is the poetry about himself; and one of my favourites is When I'm Alone, which is a lovely poem that he wrote in the twenties. I think when he starts to be political that you feel that he's not really terribly in control of his material: that it's being done as an exercise.

Once he goes into the church in the mid-fifties, the poetry seems to me poor, because the tension has gone - he's made up his mind - and poetry seems to me to rely very much on tension. I think that his conflicts before he decides on the church translate into a poetry of tension and there's something real there, there's a subject; whereas before that he seems to be writing about whatever takes his fancy, because he's a bit desperate for a subject. This later conflicted poetry is worth looking at. Not all of it succeeds by any means, but I think it's interesting, and the equivalent – well not the equivalent but a shadow, a pale shadow if you like – of what he was doing in the First World War. But in both cases he had something to write about, something he cared about. I don't believe he really cared so much about the

other subjects: those that weren't the First World War or his entry to the church.

I don't think he's the greatest of our poets. (Maybe that's because I don't terribly like satire.) I prefer his prose. I think he's a very important poet, a highly significant poet, but he doesn't reverberate in the mind in that lyrical sense. Perhaps it's because I like lyric poetry, I mean I much prefer Edward Thomas or Wilfred Owen. I think Sassoon's poetry was essential and I believe it was very powerful and as satire it can't be bettered.

H Hunter: Sassoon is dubbed a 'war poet' but his work predates WW1 and outlives WW2. Do you think it undersells him to associate his work so exclusively with WW1?

It obviously does undersell him, but maybe understandably so. But what I think undersells him even more is the lack of recognition nowadays of his achievements as a prose writer. I don't know whether you've read Fox-Hunting Man but it's a wonderful book: it's humorous, it's well-informed, it tells you how he's feeling as a child, it's full of wonderful insights into things. It seems to me a marvellous picture of a pre-war world plus the beginning of the war, and it is a very, very good book. I also find Memoirs of an Infantry Officer very good in terms of what it says about war. But I think that's where the real underselling of Sassoon comes, in his prose writing. And yet people did know Fox-Hunting Man because it was set as a GCSE book. [2] He was undervalued as just a war poet, that's why I originally wrote my biography in two volumes as I thought the second part of his life was just as much of an achievement as the first and equally fascinating.

H Hunter: Who do you see as the most authentic father figure in Sassoon's life?

Oh Rivers without a doubt, yes, Dr. Rivers. [3] I think that their relationship was complicated by the fact that Rivers was probably deeply attracted to Sassoon. Sassoon's letters which talk about loving Rivers, and Rivers would save me if I go smash or bust, or whatever he says…I think Rivers understood him, and I love Rivers because Rivers is actually affected by Sassoon's point of view. I think there may have been more than a little attraction to each other; I mean more than is normal between a father and a son, maybe. The fact that Sassoon was older when he met Rivers probably made him more aware of himself and his homosexual tendencies; whereas with his groom, Tom Richardson, for example, in his youth, that was really a kind of father-figure. His father had left his mother before Sassoon was five, a terribly sad story, and he was left without a father but with a very handsome, commanding, powerful young man to look up to in Richardson-- you know, youngish!

H Hunter: What reasons do you think lead Sassoon to join the Catholic Church?

I think when he goes into the church he does that for many reasons. One of them is a genuine feeling of being just without anybody, without anything. It seems to me that Sassoon went into the Catholic Church partly because he found in it a largely male society. He also wanted to be under orders; he loved the ritual of the Catholic Church which was why he didn't go into the Church of England like his mother. And he loved the monks, he loved being back in that male world: he loved cricket, he loved hunting, for similar reasons.

What do you enjoy most about writing biographies?

I love the detail, I love the connections, I love the people involved, I love discovering those connections, which I believe reflect a great deal more about your central character: who that person is friendly with, what he cares about, how he relate to the outside world.

I find Sassoon highly entertaining: I think he's very funny, he's a nice person. People often say to me: do you like the people you write about? So far yes I have, I liked Sassoon. I started off by thinking that he was a misogynist, and wondering whether I would get on with this. But I ended up by loving him!

[3] W. H. R. Rivers (1864-1922) was an English anthropologist, neurologist ethnologist and psychiatrist   best known for his work treating World War I  officers who were suffering from shell shock.